Archaeology, countryside and flavors of Sardinia

Barumini: between archaeology and wine, an unmissable opportunity to discover the most authentic Sardinia and the true soul of the island in complete safety. 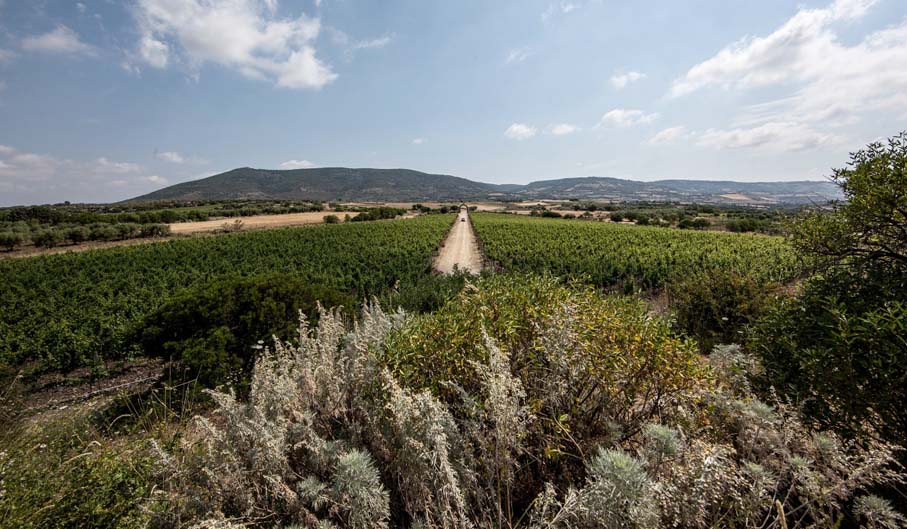 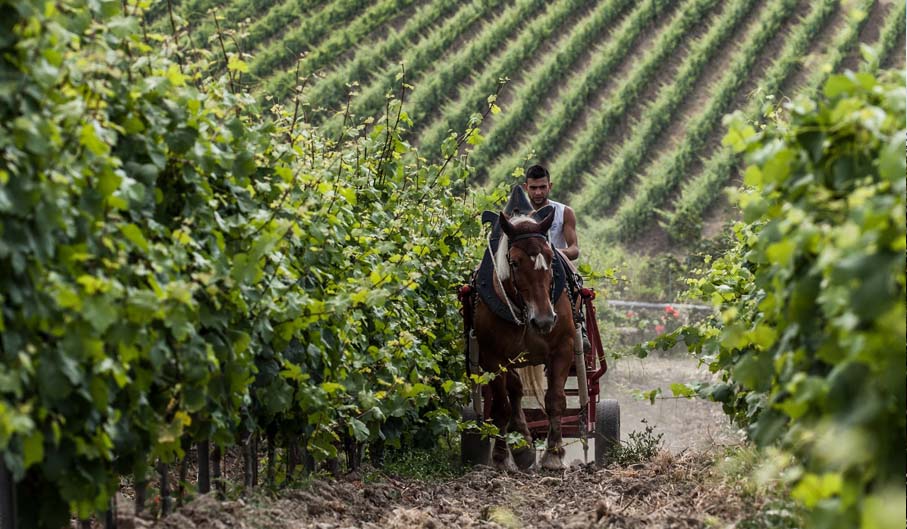 Archaeology, countryside and flavors of Sardinia

Since 1997, the archaeological site of Barumini has been a World Heritage Site and is one of the best preserved among the nuraghis excavated.

It was the first to be excavated with scientific criteria from 1950 to 1957 under the direction of Giovanni Lilliu.

The nuraghe was excavated after large stones and pottery remains came to the surface during a storm before which, the inhabitants of the village thought only a hill existed.

Approaching the site you will be astonished at the impressive mass of the nuraghe.

The rampart has four towers joined by rectilinear curtain walls and in the middle is the main tower, a three-storey structure with the courtyard opposite, a semilunar open space from which rooms gather light and air.

The Vineyards we will visit is located 10 minute from Barumini.

Its Bio-integral philosophy involves the utmost respect for grapevines and soils: the use of herbicides, chemical fertilizers and synthetic products for the pest management of the plant are banned.

The management of soil fertility is through organic fertilization and green manures.

We are in the most heart of the most Island, with agricultural and pastoral vocation, from landscapes that run after each other in colored scenes: green oak forests and vine varieties, yellow wheat.

It is the Sardinia with immense plains and curious highlands that rise on the horizon – as the Giara of Gesturi visible from the Estate. 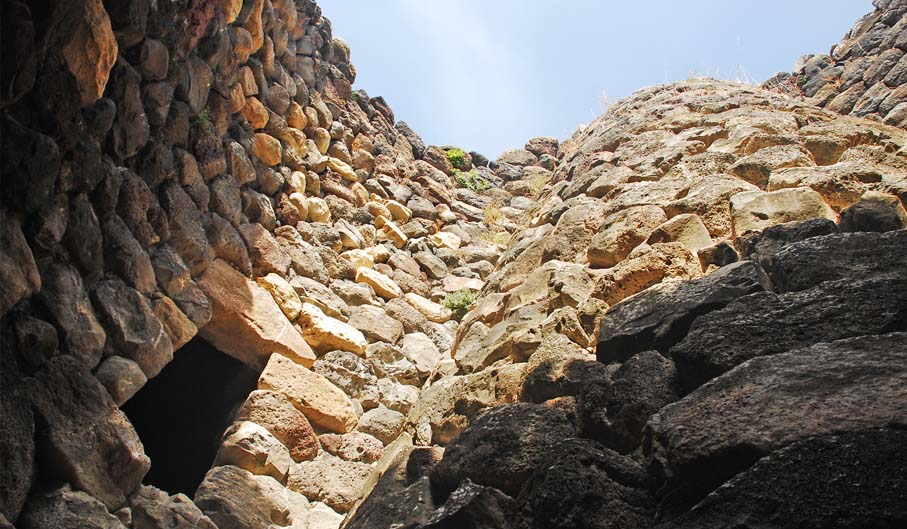 We will start from Cagliari and reach the Nuraghe of Barumini by private car in about 50 minutes.

The main feature of the nuraghi is the magnificence of the interior spaces.

It is the most visited archaeological site in Sardinia: the castle, built 3500 years ago draws gasps from its visitors and, with towers of over 20 metres, is unique to Sardinia.

After visiting the monumental stone castle, we will move to the hills surrounded by nature where, in a panoramic position, the bio-integral vineyard is located.

The use of tracked or rubber tyre vehicles is limited, as they involve an excessive soil compaction: they favour the use of animals instead, including horses.

It is not folklore, but an ancient method that boosts the roots up to the deeper layers of the soil and ensures longevity for the plants.

The harvest is strictly manual, with selection of the grapes in the field.

Surrounded by nature we will enjoy good local food, silence and simplicity of the Sardinian countryside.

In the centre of the Marmilla region, in the valley of the Mannu river, at the foot of the Giara, there is a special atmosphere: ever since prehistoric times, Barumini was the main centre of a very rich territory, with a population of approximately one thousand 300 inhabitants today. 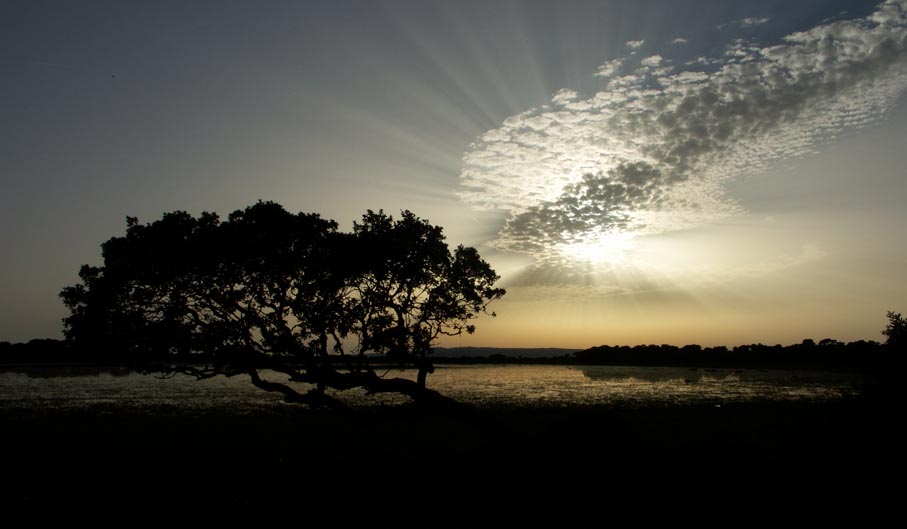 During the late 2nd millennium B.C. in the Bronze Age, a special type of defensive structure known as nuraghi (for which no parallel exists anywhere else in the world) developed on the island of Sardinia.

The complex consists of circular defensive towers in the form of truncated cones built of dressed stone, with corbel-vaulted internal chambers.

The complex at Barumini, which was extended and reinforced in the first half of the 1st millennium under Carthaginian pressure, is the finest and most complete example of this remarkable form of prehistoric architecture.

Here the most striking feature is the way the huge basalt blocks forming the central tower fit together.

The tower is conical, with a floor of polished pebbles, and covered by a Mycenaean-style dome.

It dates from the 16th century BC – according to the fossilised olive branches found inside.

The Nuragic civilization began in the Bronze Age (1800 BC), as the evolution of pre-existing cultures present on the island of Sardinia since Neolithic times.

The Nuragic civilization is autochthonous, namely an indigenous civilization formed in Sardinia by populations rooted on the island for thousands of years.

In ancient times the Bronze Age was the age of heroes, capable of doing great actions for good or evil, powerful kings, brave and cunning warriors, ingenious builders.

The atmosphere of those bygone times is still powerfully evoked by the Iliad and the Odyssey, poems written a few centuries later but deriving from oral tales which circulated in Greece during the Bronze Age.

Most likely, Bronze Age Sardinia had experienced a non-urban, monarchic, yet rural and tribal, society, though still organized and lively, capable of transforming the territory, exploiting resources and making contact with the surrounding world.

What the nuraghi were for

Most archaeologists believe that these fortresses were originally built as territorial markers between clans.

The nuraghi were certainly used for dwelling purposes and household activities, as evidenced by numerous findings attesting to the preservation, preparation and consumption of food, spinning, etc.

They could well have been fortified places, in that they were “made strong” and equipped to protect persons and property, and above all might have been visible signs of the tribal community’s power and wealth and of territorial ownership and control, in such a widespread and articulated manner as to be properly defined strategic.

How we know this

In Barumini and other nuraghi were found silos where food was stored. Inside the nuraghe Arrubiu in Orroli, however, there was a real center for bread making.