Piscinas and Montevecchio: Craft beer tasting and mines, an unmissable opportunity to discover the most authentic Sardinia and the true soul of the island in complete safety. 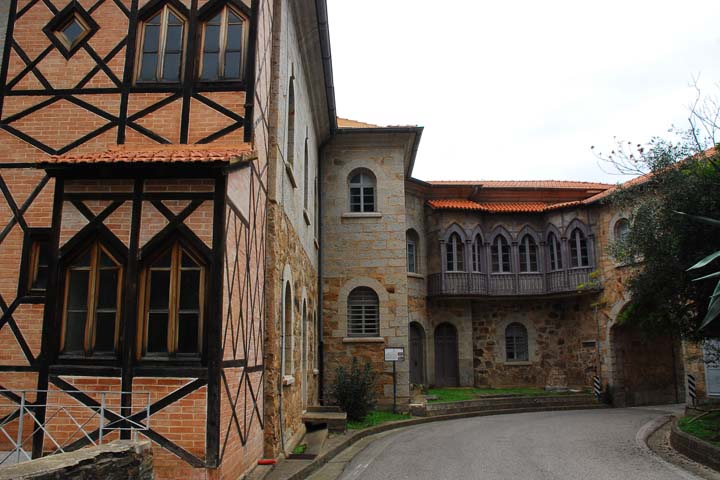 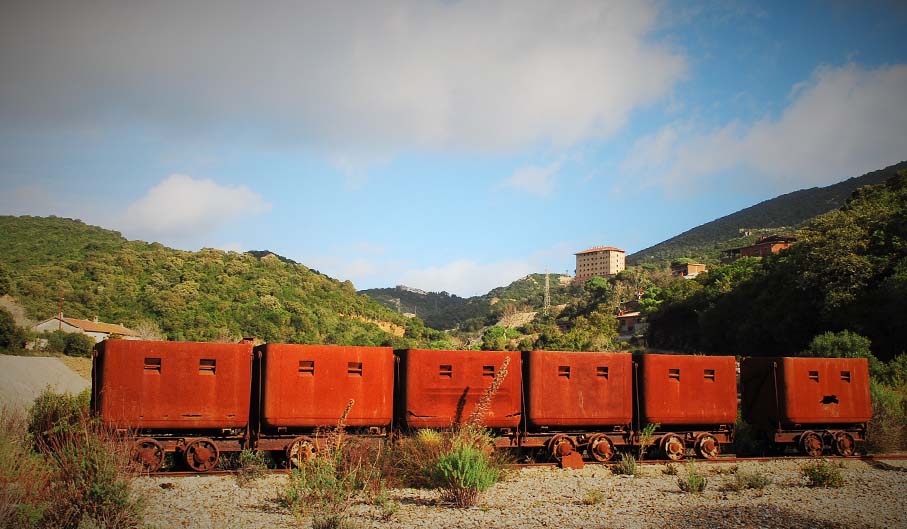 Dunes, mines, nature and flavours of the south west

If you like beer, you’ve come to the right place there are no less than 24 artisan breweries scattered all over Sardinia.

One of these is located inside an ancient mine, in Montevecchio.

Montevecchio was a silver-bearing and zinc mine and worked actively between 1853 and 1991.

It was one of the most important mine plants and industrial areas in Italy and even in Europe.

Nowadays, we can still admire some ruins of this glorious legacy if we drive from Guspini to Montevecchio and then we go on driving along the bumpy road joining Montevecchio to Ingurtosu and Piscinas beach.

Piscinas is located 20 km from the village of Montevecchio.

Its dimensions ensure a tranquil insulation at all times.

Not surprisingly, a large stretch (around 800 metres) has officially been determined as the largest nude beach in Europe since 2018.

The towns are located far away and there are few accommodation facilities aside from a campsite and a hotel close to the dunes.

Along the sandy shore, you will find two panoramic kiosk-restaurants.

The clear seabed plunges to great depths almost immediately in a stepped formation. From a minimum of two to three metres, it soon reaches tens of metres. 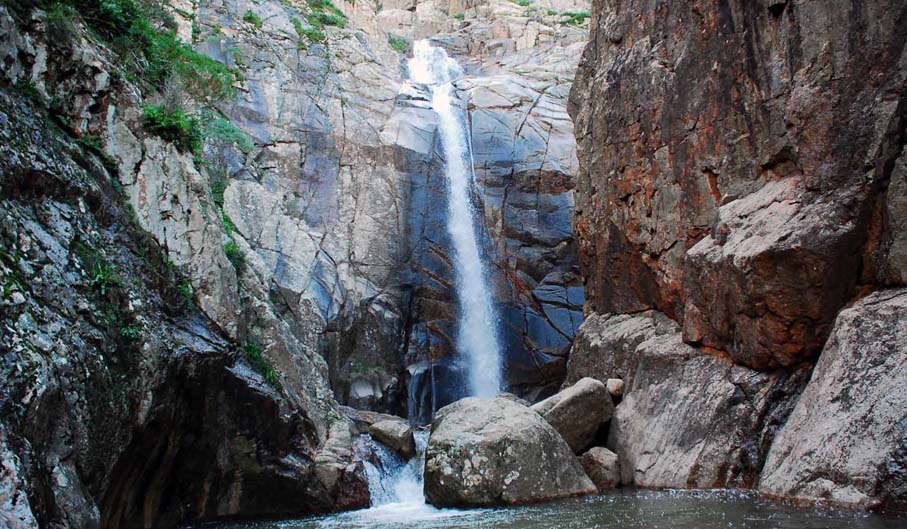 A journey in the Sardinian southwest, to discover the history and stories of the miners, the archeology and flavours of a unique land.

After passing the Campidano plain, you reach the hilly area of ​​Arburese characterized by a troubled mining history.

Reaching Piscinas, coming from the old village of Ingurtosu, you follow an itinerary that leaves the visitor breathless for the wild nature, interrupted by the evocative ruins of the structures of the mining period that create a unique atmosphere and a landscape of rare beauty.

Piscinas beach is a unique place in Sardinia and throughout the Mediterranean.

A wild and extreme nature that gives life to a typical desert habitat made of low plants such as juniper and mastic which interrupt the ocher yellow of the high dunes.

One of these ancient mining structures houses a craft brewery that will give us the opportunity to savour the tastes of beers and local products.

Sardinians drink twice as much beer as the mainland of Italy.

Older Sardinians meet up together to play cards and talk about current affairs.

Beer is a part of Sardinian life.

When eating Pizza in Sardinia it isn’t complete without a cold bottle of beer.

In Montevecchio craft brewery the experience of a German guy meets that of a Sardinian:

this is how the production of an excellent craft beer was born!

Here, there are the humble workers’ cottages, the luxurious management building, the mining and processing sites, the directional locations and service areas.

Amongst the monuments of industrial archaeology of Montevecchio, immersed in the territory of Arbus and Guspini, you can take a historical-cultural tour to discover a “ghost world” evoked by a complex of mines, not far from the Piscinas dunes and other beaches on the Costa Verde.

Here, there are the humble workers’ cottages, the luxurious management building, the mining and processing sites, the directional locations and service areas.

Amongst the monuments of industrial archaeology of Montevecchio, immersed in the territory of Arbus and Guspini, you can take a historical-cultural tour to discover a “ghost world” evoked by a complex of mines, not far from the Piscinas dunes and other beaches on the Costa Verde. 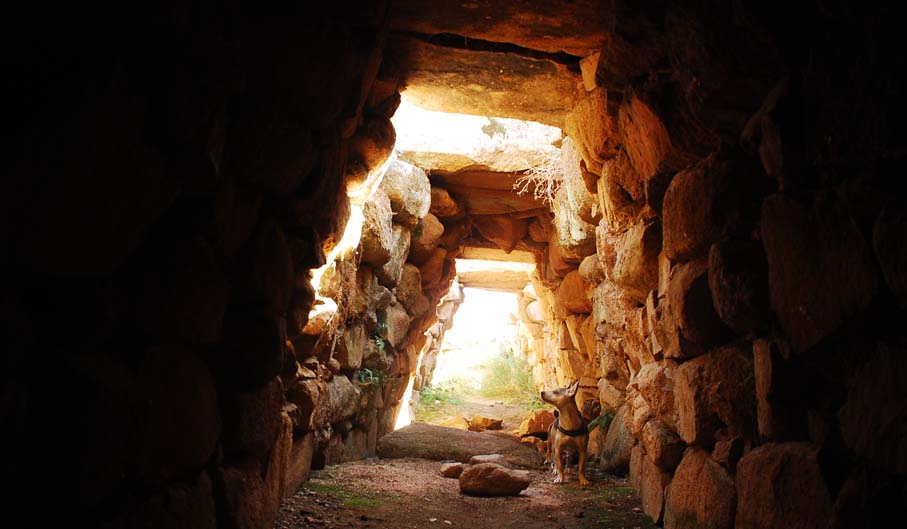 The Mine of Montevecchio

Montevecchio was a silver-bearing and zinc mine and worked actively between 1853 and 1991.

It was one of the most important mine plants and industrial areas in Italy and even in Europe.

Nowadays, we can still admire some ruins of this glorious legacy if we drive from Guspini to Montevecchio and then we go on driving along the bumpy road joining Montevecchio to Ingurtosu and Piscinas beach.

One of the most fascinating places to visit is without a doubt The Management Building situated in Montevecchio, a village known in the past as “Gennas”.

No one can be indifferent to the deep contrast between the richness of this palace and the poor life conditions the vast part of where workers lived.

The Management Building was builtbetween 1870 and 1877. It was the heart of the Montevecchio Mines.

There were the administration offices and the technical offices, a small church at the back of the building and the Director’s apartment, where we can visit the Blue Hall, a meeting room, for official visitings and special ceremonies.

It was so called because of the blue tone dominating the walls and vault.

How high the dunes are

This wonderful oasis far from everything, with imposing and sinuous dunes of fine, warm golden sand that reach up to 100 metres in height, is shaped by the mistral winds and extends several kilometres from the hinterland until diving into the boundless and shimmering blue sea.

Piscinas, a jewel of the Costa Verde is considered by National Geographic as being amongst the most beautiful in the world.

After walking along the unpaved and sandy trails, you will suddenly spy the immense and deep golden expanse, extending seven kilometres.

The sea and sky merge along the blue horizon, whilst the shimmering sand dunes – declared a World Heritage Site by UNESCO – blend with the colours of the Mediterranean scrub.

A typical desert habitat has been created there over the years.

All around small green trees such as juniper and lentisk break off the yellow monochrome of the dunes.

During the springtime other colours join the two abovementioned when there is the full blossom of stocks, marine lily and the sand poppy.

The rest of “Costa Verde” is not worth less attention, full as it is of smaller bays overlooking a deep blue sea.

All year round it is easy to come across a herd of deer and in June we can see lots of turtles (Caretta Caretta) laying their eggs on the sand.